Composer's Expression Builder allows you to use SCXML elements and extensions as described the Orchestration Server Developer's Guide as well as Universal Routing Server (Workflow) functions.

Expression Builder opens from many blocks; to name a few:

Using one or more of the above blocks in a workflow gives access to functions for SCXML-based strategies. The_genesys subcategory is where you will find modules that access Genesys-platform related objects, properties, and functions. Starting with Release 8.1.410.14, Composer exposes SetIdealAgent and GetIntegerKey() URS equivalent functions in Expression Builder. 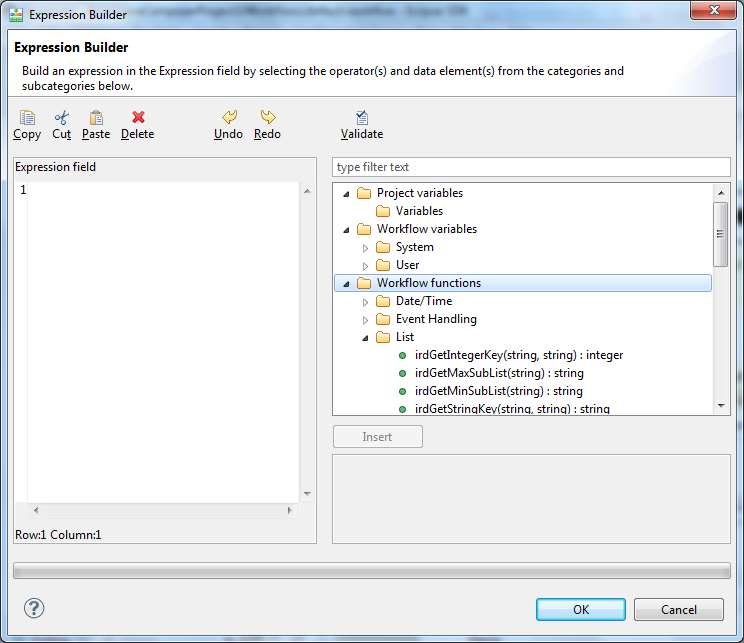 Below is summary information on certain functions accessible via Expression Builder.

This page was last edited on November 30, 2018, at 18:46.
Comments or questions about this documentation? Contact us for support!