Other guides
Architecture and Features / The Call Recording Model
8.5.2
Jump to: navigation, search

This section describes how call recording works. It also provides an overview of the recording model.

as described in the following sections. 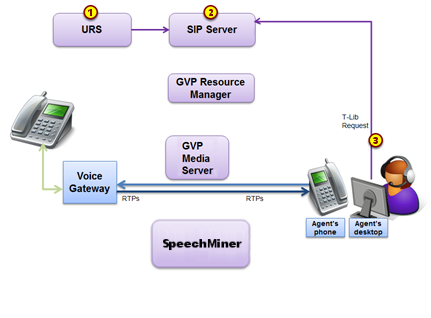 There are three ways that recording can be initiated. Once started, the recording process is the same, regardless of how it was initiated.

One of the following initiates recording: 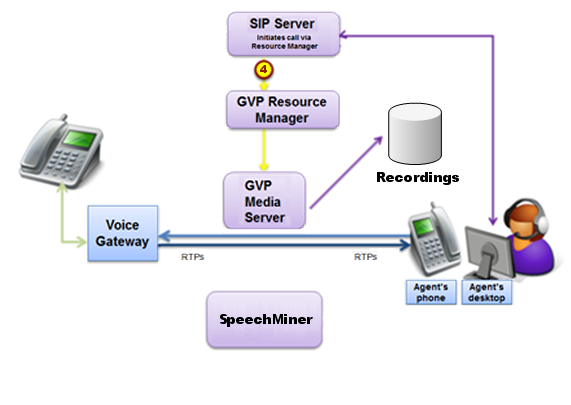 Using media control, SIP Server invites Media Server to bridge the media path between parties and at the same time record the call to a file (4). 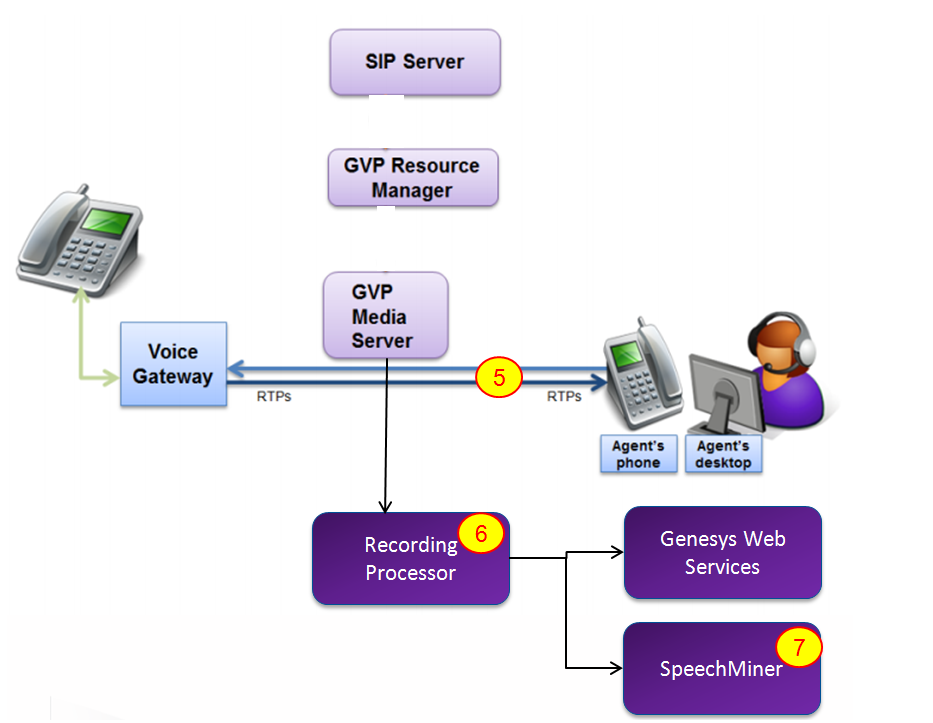 When the recording ends, SIP Server re-invites the session to have media sent directly between the parties. Media Server submits the recording to storage and to the Recording Processor (5).

Recording Processor then consolidates call events about the recording (for example, across switches) and submits the information to SpeechMiner and Interaction Recording Web Services (or Web Services if you're using version 8.5.210.02 or earlier) (6).

After indexing has been completed by SpeechMiner, the recording is made available through the SpeechMiner interface (7).

The basic model for initiating call recording is based on the SIP Server connection model. Recording is initiated from the termination device; it is known as agent-side recording: