This section describes the two types of transfer (from the origination device, and from the termination device) that the Genesys Interaction Recording solution supports.

The recording is a mixed output of the customer and agent, plus a separate stream of the supervisor.

The structure of the SIP dialog when recording a conference.

The initial call when the customer (D1) is talking to the agent (D2).

When the agent initiates a consultation to the supervisor (D3), the existing SIP dialog is retained and so is the Recording Session.

Important
As a current limitation for consultation calls, recording is not available on the consulted party, so a Recording Session cannot be started on D3. 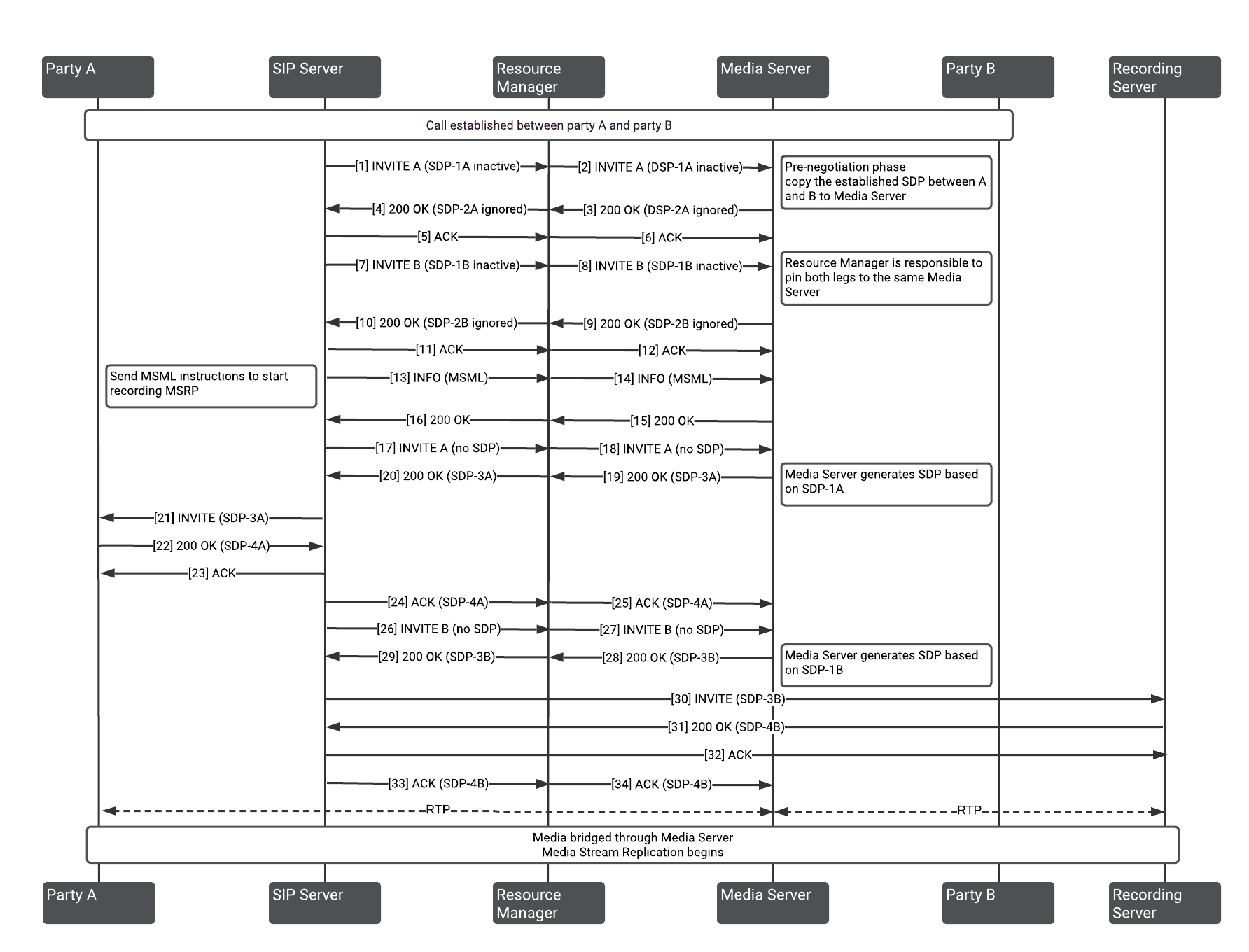