The following shows the transfer scenarios of how the screen recording is mapped to the voice calls. 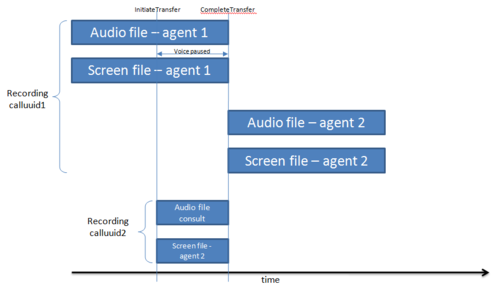 Two recordings with a separate recording during the consultation leg of the interaction. 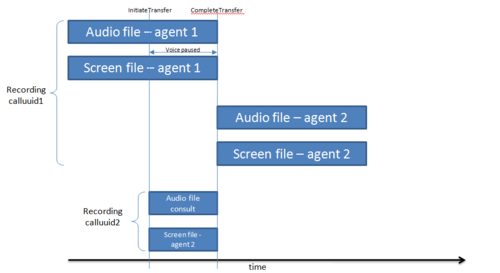 Two recordings with a separate recording during the consultation leg of the interaction.

Single-step transfer with screen recording not multiplexed with audio.

Single segment with after call work.

The following diagram illustrates the non-voice interaction recording started based on the configurable agent's state.

Recording files may have separate storage locations based on the location of the agent handling the recording to meet compliance or bandwidth requirements between data centers. 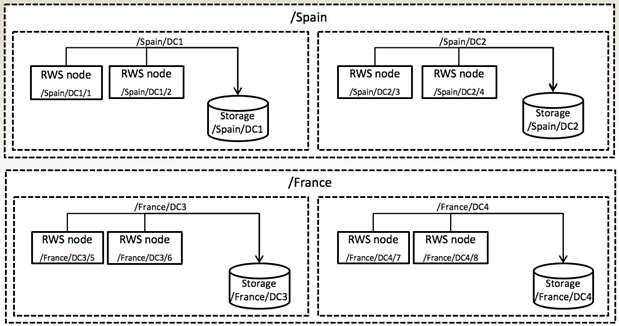