This page describes how you can use the (Callback folder) Callback Details Report to understand overall callback success rates in your contact center. It shows detailed information about the number and percentage of offered callbacks that were successful, versus how many were declined, canceled, or abandoned. 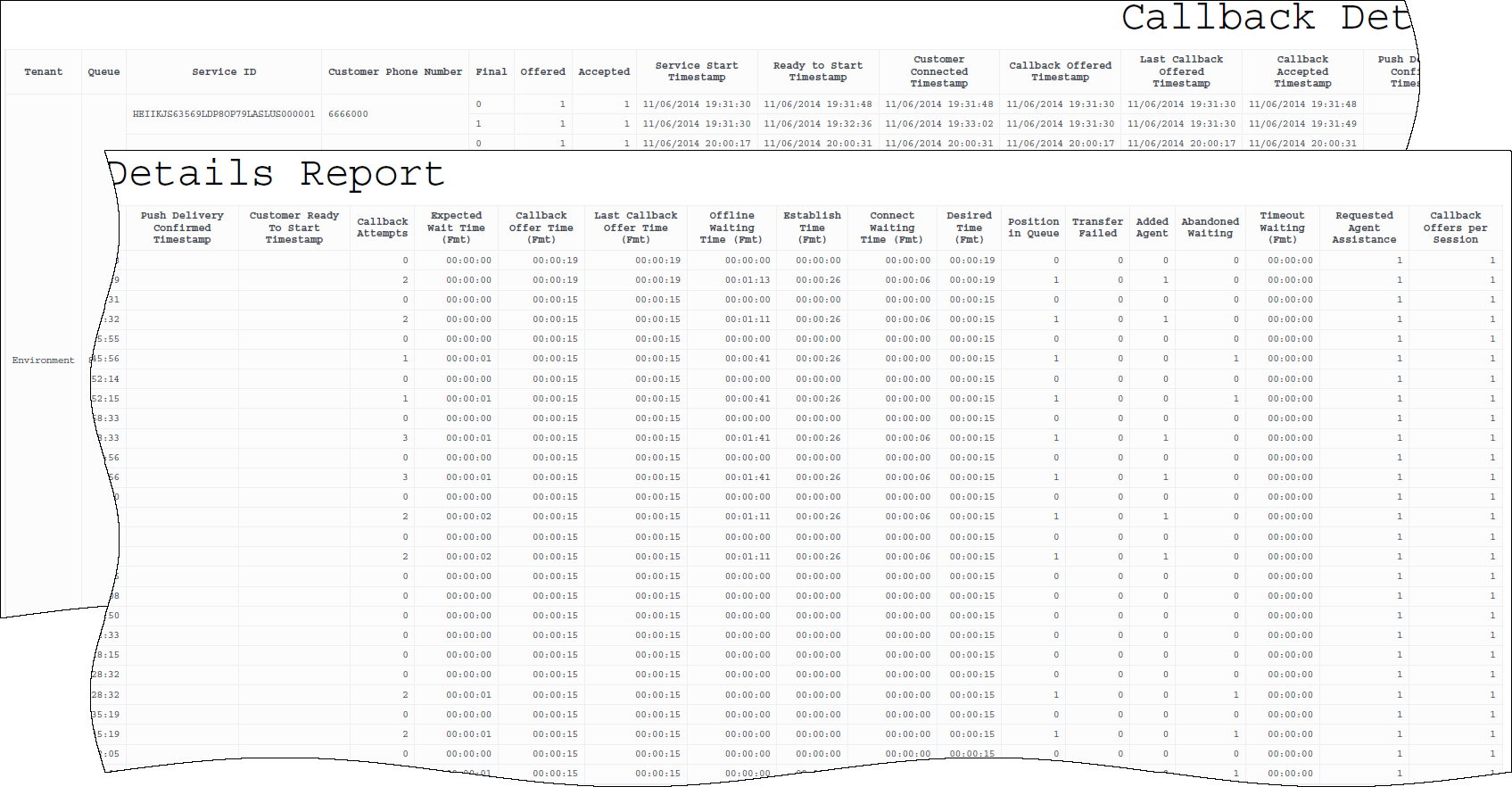 This report provides detailed information about callbacks that were processed by the contact center, allowing you to analyse callback performance based on nearly 30 metrics. Use this report to view a detailed picture of how Callback is used in your contact center, including information about the volume of callback calls, success rates, resulting savings, and customer wait times.

To get a better idea of what this report looks like, view sample output from the report:
HRCXICallbackDetailsReport.pdf

The following tables explain the prompts you can select when you generate the report, and the metrics and attributes that are represented in the report:

Prompts for the Callback Details Report