Other guides
How It Works / Customized Languages
8.0.3
Jump to: navigation, search

UC Connector allows you to change the language used in the client interface. By default, UC Connector uses English for the various tools and labels in the interface. Using the configuration option locale, you can change the default language to one of several supported languages. 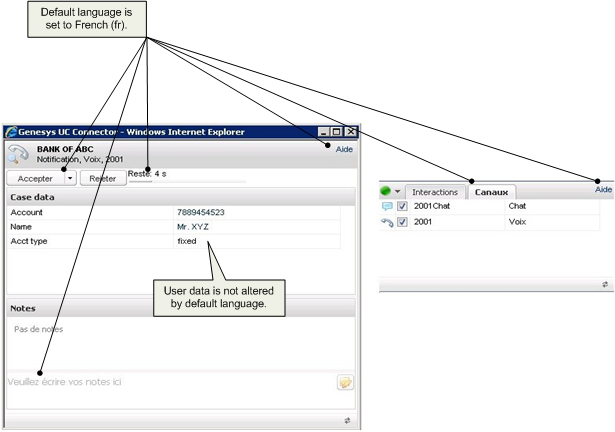 The following table lists the languages supported by UC Connector, as well as the two-character country codes used to specify the language in the configuration.

When Other Languages May Be Used

If the locale option is not configured at all, then English is used as the absolute default.