Other guides
How It Works / The Preview Window
8.0.3
Jump to: navigation, search

HTTP is used as the transport method for both supported UC platforms.

The following diagram shows how the embedded Custom Server handles the Preview Interaction between URS and the UC platform.

The call flow for the overall interaction is as follows:

Shown below is a sample Preview window for an incoming voice call, as it appears on the desktop of a Knowledge Worker. Information about the interaction also appears in the UC Connector GUI in another browser window (not shown). 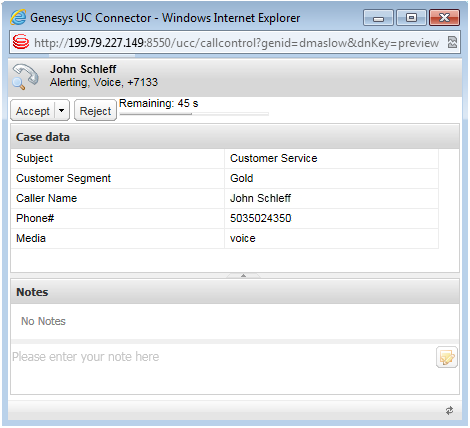