This set of models illustrates a scenario which follows Successful Registration:

In this phase, shown in the figure below:

Note that the agent application uses different events to log in to primary versus secondary Interaction Servers. 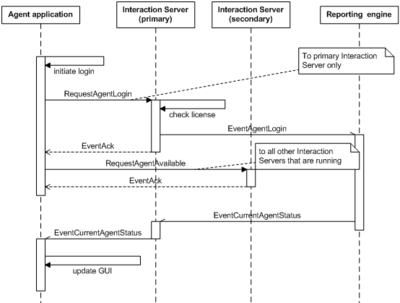 This phase uses the messages shown in the following table: 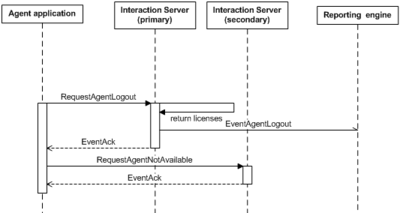 This phase uses the messages shown in the following table:

IntrusionReporting Engine Connects
This page was last edited on March 22, 2018, at 00:48.
Comments or questions about this documentation? Contact us for support!