In Multimedia, a contact-center object that holds interactions for later processing by a particular agent (or agent group, place, or place group). Agents can use workbins to store interactions on which they have started working, and on which they want to continue working at a later time. Interactions also can be distributed to workbins by Universal Routing Server (URS). A workbin is like a queue, in that it holds interactions. Nevertheless, a workbin differs from a queue in the following ways:

Both attributes are added to System Key-Value Lists (system attributes) with the WorkbinID and WorkbinOwnerID key names. 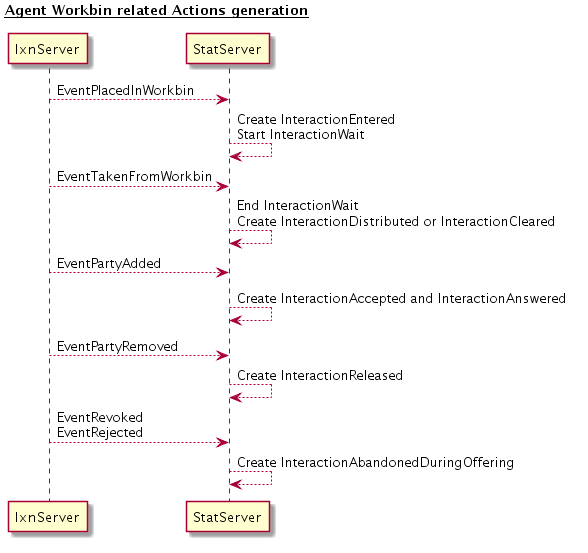 The following is the durable, interaction-related action that Stat Server generates on an Agent Workbin:

The following is the momentary, interaction-related action that Stat Server generates on an Agent Workbin:

The following are the retrospective, interaction-related actions, originated from Interaction Server that Stat Server generates on an Agent Workbin: