This section provides some examples of what a rule developer might configure in the Template Development tab. For specific information about how rule templates are configured to be used with the Genesys intelligent Workload Distribution (iWD) solution, refer to the iWD and Genesys Rules System guide.

The figure below shows how this condition would appear in GRAT Template Development.

The figure below shows how this condition would appear in GRAT Rules Development. 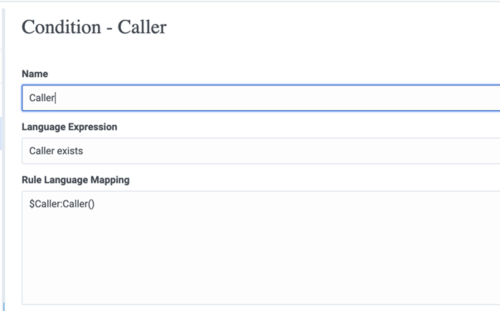 The figure below shows how this action would appear in GRAT Rules Development. 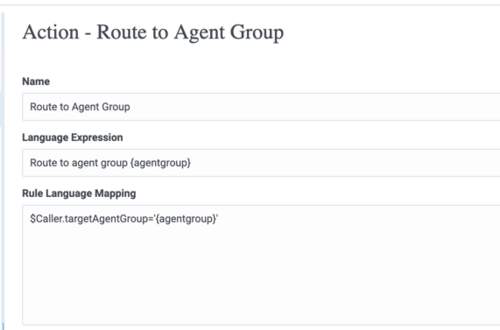 The action has the {agentGroup} parameter. The Parameters Editor screenshot shows a sample {ageHigh} parameter. 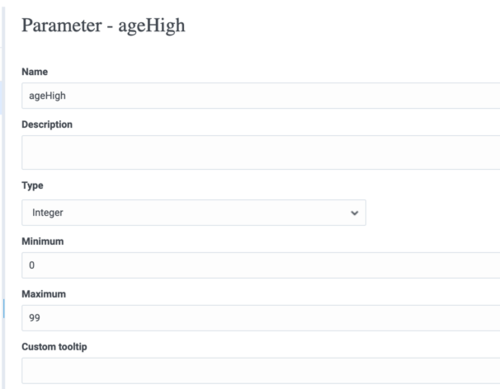 The figure below shows how this function would appear in GRAT Rules Development. 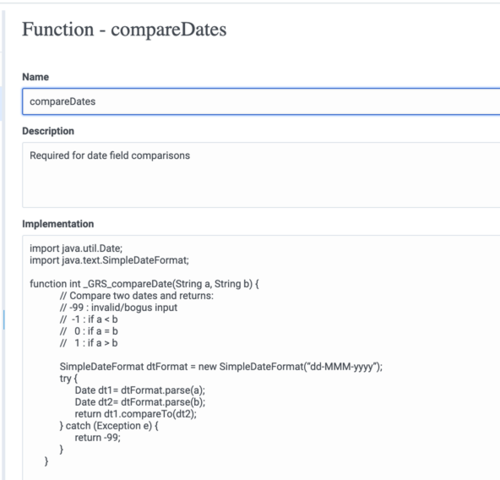 Template developers can create templates that enable client applications to pass Facts to GRE as JSON objects without having to map each field to the fact model explicitly.

For more information on this topic, please refer to Developing templates to enable test scenarios in the 8.1.3 GRDT Help.

At the point of creating parameters, instead of creating the ageLow and ageHigh parameters the rule template developer can create a single {age} parameter and use the underscore notation shown in the example below to create indices of it for scenarios in which multiple instances of parameter with the same type (age) are required (most commonly used with ranges). For example: {age_1}, {age_2}....{age_n} These will become editable fields. This feature is most typically used for defining ranges more efficiently.

Publishing TemplatesRule Language Mapping
This page was last edited on September 20, 2019, at 08:17.