Success using Genesys Predictive Routing (GPR) depends on the presence of variance in agent performance for a target metric. The more variance between agents, the greater the impact of choosing better agents.

The Agent Variance report actually produces two different graph types, depending on your choices as you configure the report:

To create an Agent Variance report:

About the Agent Variance Report Graphs

This report produces two different chart types, depending on what you select as the value of the Group By parameter., intra-agent variance and agent variance across categories.

When specify Agent_ID as the value for the Group By setting, the graph shows inter-agent variance with each agent functioning as its own "group". In this scenario, the highest potential for optimization occurs when you have tight vertical bounds, showing consistency in agent skills, and large horizontal variations, indicating that the mean values for these agents are very different.

In the Inter-agent variance graph, each red bar represents one agent. 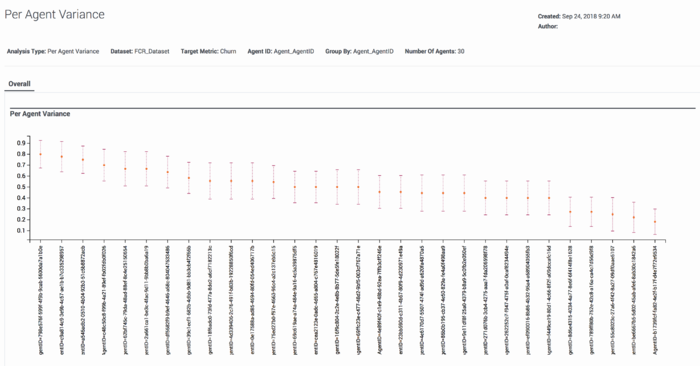 Hover over the center red dot on any bar to view details about that item. 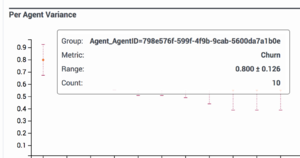 If you select any Group By value other than the agent ID, the result is shown in a box plot. 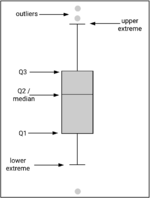 If you hover over any box on the graph, a popup window shows the numeric values that are shown graphically in the box plot. Gray dots scattered above or below the box plot and its whiskers indicate outlier values. 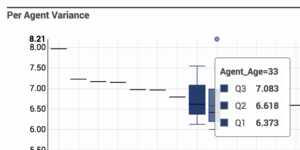 Q in this window stands for quartile. The numbers on the popup indicate the numeric value at which the respective quartile starts.

Feature Analysis ReportCreating and Testing Predictors and Models
This page was last edited on November 16, 2018, at 16:37.
blog comments powered by Disqus