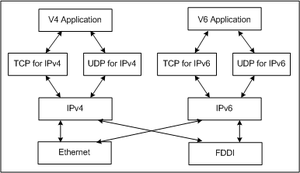 Important
IPv6 support for SIP is not yet implemented in Genesys components.

Genesys uses several third-party products as part of the suite. The IPv6 capabilities of those products must be considered.