The basic HA architecture involves deploying the GVP components on one host and deploying the VM SIP server and VM server on another host. All components are deployed in HA mode. The following diagram shows the components and connections of a basic HA deployment. 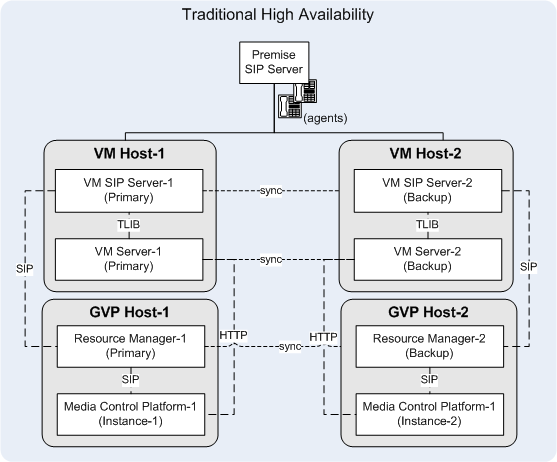 For Traditional HA, you manually add HA GSVM servers to an existing Genesys HA deployment (SIP Server and GVP in an HA configuration).