Other guides
8.0.3
Jump to: navigation, search

1. Declare the host where SIP Server is running as the PSTN Gateway.

3. Enter the FQDN of the SIP Server host. 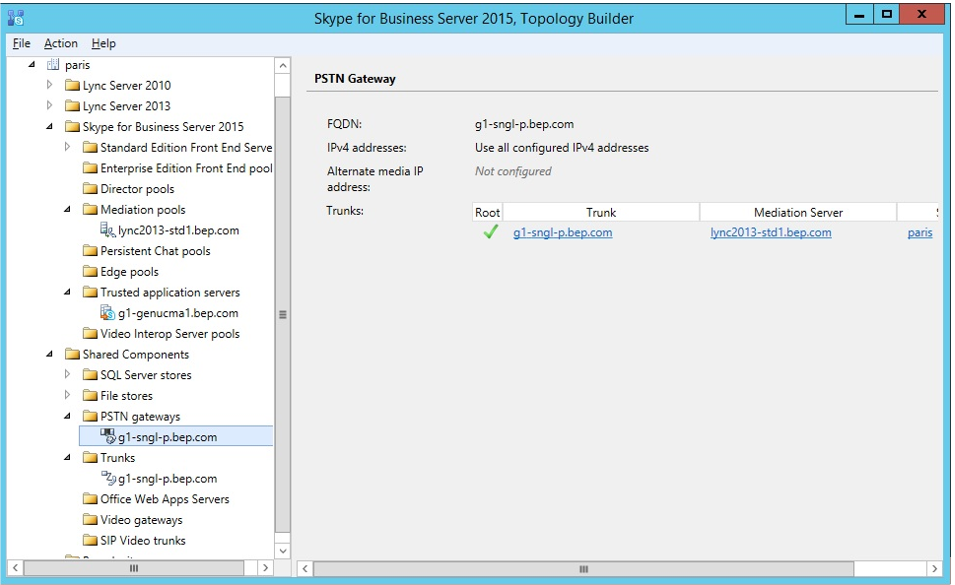 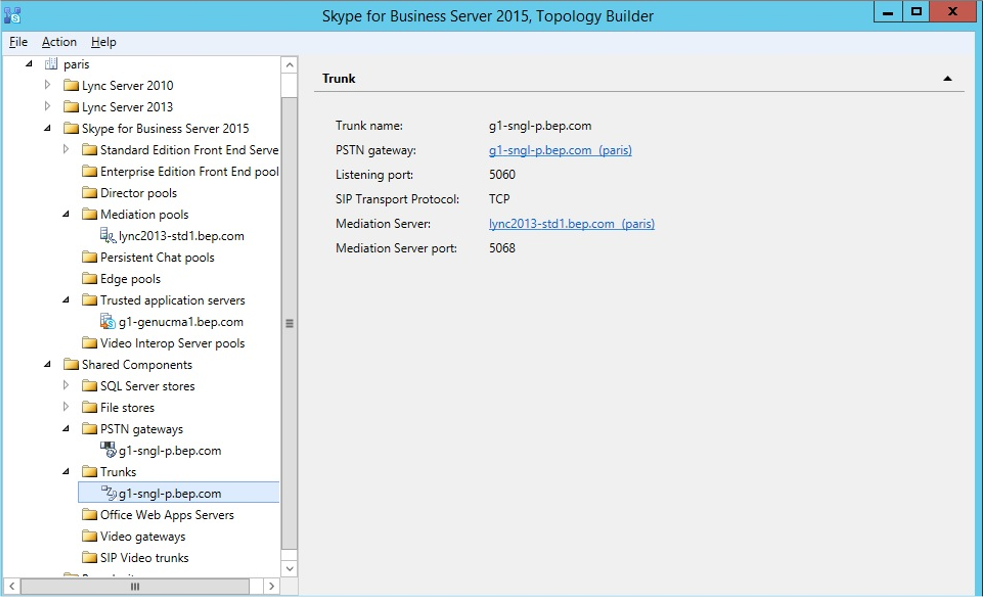 Important
If TCP is not offered as a SIP transport protocol during trunk definition, it means that it has not been enabled on the Mediation Server.

1. Go to Skype for Business Server 2015 > Mediation Pool > [FQDN of mediation pool] (as in the following figure): 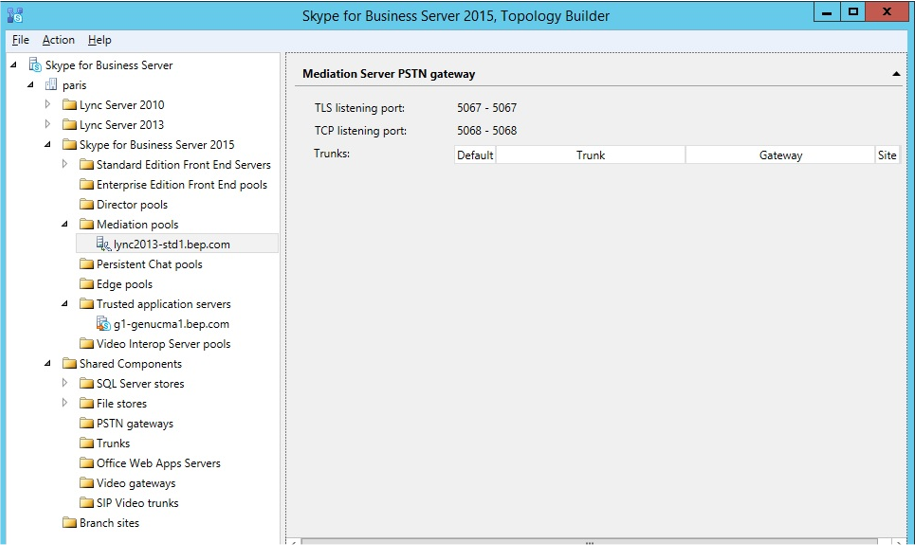 2. Select the Enable TCP port check box (as shown below). 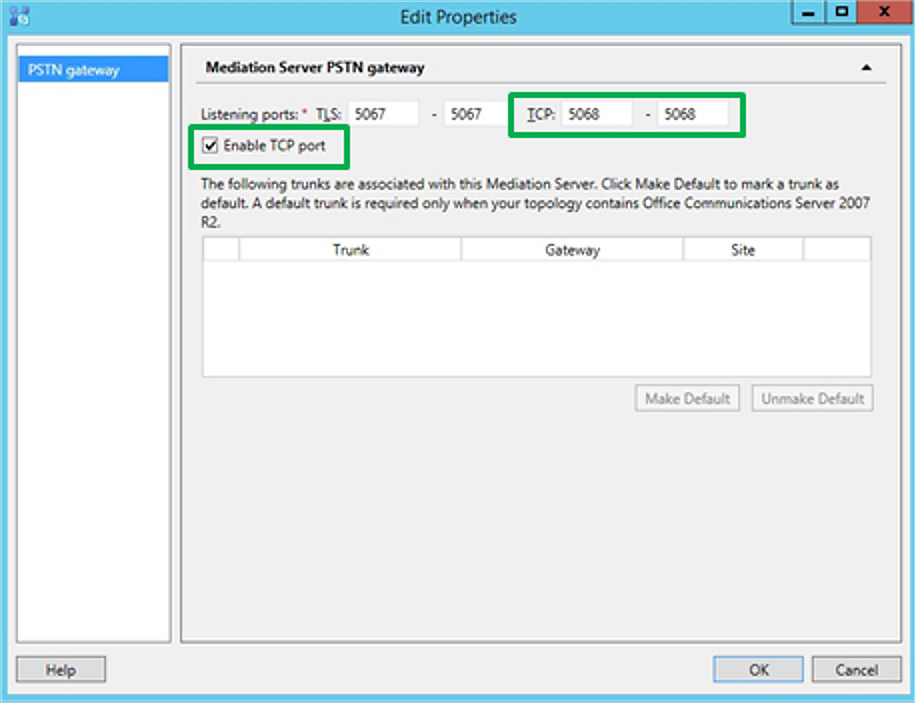 Tip
When you publish the topology, you may have an alert in the Skype for Business Topology Builder if you have used an FQDN that was not declared as a computer in Active Directory. This may happen when you use a second A or a CNAME record used to declare the SIP Server, if it runs on the same host that UC Connector. This is not an error and can be ignored.
This page was last edited on December 4, 2019, at 12:58.
blog comments powered by Disqus