The following table describes the high-level dimensions controlling the environment used to achieve the results described in Load-Carrying Capacity. 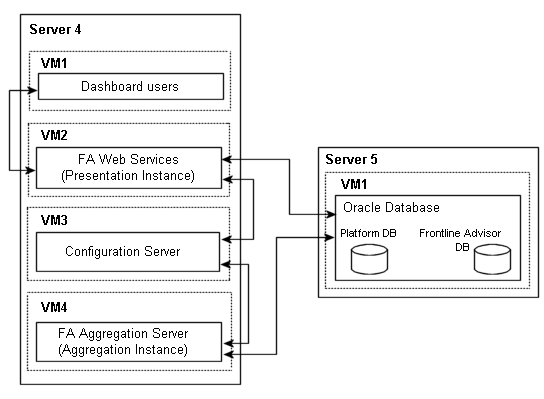 The following table describes the characteristics of the hardware and virtualization environment shown in the figure, Frontline Advisor Environment Topology, which supports 1500 concurrent users of FA.

The following table describes settings you can change to improve the performance of Frontline Advisor.

Use the following notes and best practices for optimizing FA performance:

Dashboard age is a performance measure used in assessing the state and performance/rule processing cycles. It represents the age of the statistics on the dashboard, and includes the following:

WA Deployment Architecture and Recommendations for Optimal PerformanceImproving Supervisor Desktop Service Performance
This page was last edited on April 27, 2018, at 03:32.
Comments or questions about this documentation? Contact us for support!