The first step in making a phone call is to create an interaction of type VOICE. You do this by calling the createInteraction() method on your Agent orPlace interface with the type of interaction. As a result, your application gets an InteractionEvent for a voice interaction in NEW status.

Make the phone call by invoking the makeCall() method on the InteractionVoice interface. At this point, the interaction status becomes DIALING, as specified in the corresponding InteractionEvent. When the connection is established, during the call, the interaction is in TALKING status.

Either you initiate the hang up by calling the releaseCall() method, or the peer has hung up. Either way, you receive an InteractionEvent event of type IDLE. 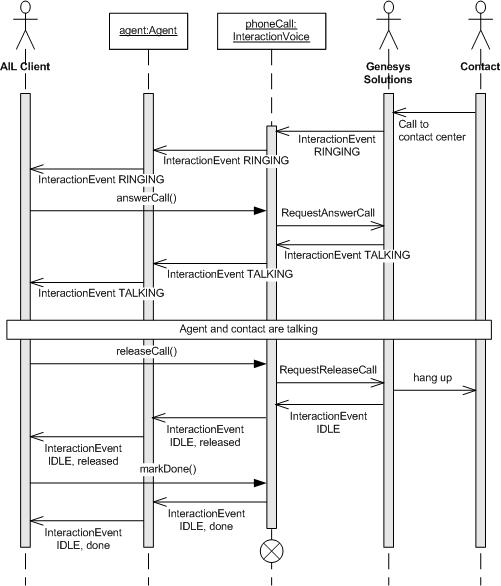 You have to answer a phone call when you get an InteractionEvent for a voice interaction in RINGING status. To answer the phone call, use the InteractionVoice. answerCall() method. As a result of the ANSWER action, you receive the event indicating that the interaction is in status TALKING.

The event flow for answering a call is shown below. 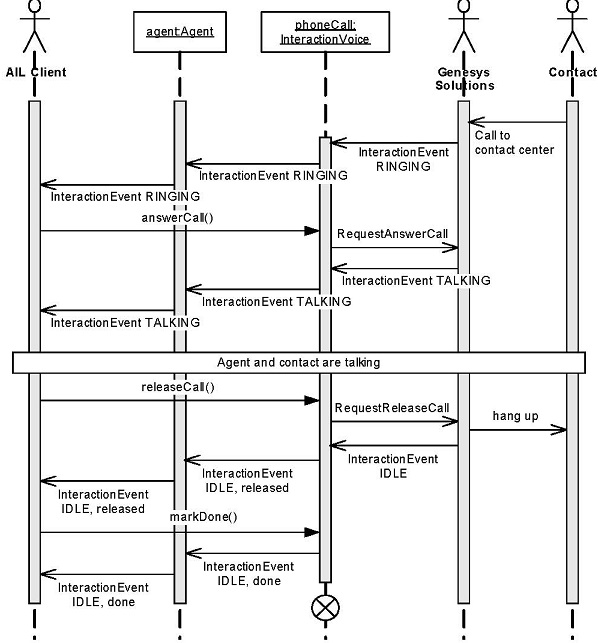 A conferencing scenario can be divided into three steps:

In the first step, agent1 receives a phone call. It is exactly the same scenario as Answer a Phone Call:

In the second step, agent1, already in communication with the contact, invokes the initiateConference() method on the InteractionVoice interface phoneCall1 to prepare the conference with agent2.

After this call, agent1 receives an InteractionEvent event setting the InteractionVoice phoneCall1 to the status HELD. The communication with the contact is paused.

In the third step, when the two agents are ready to proceed, agent1 invokes the completeConference() method.

Agent2 also receives an InteractionEvent event notifying it of the arrival of a third peer, the contact, on its InteractionVoice phoneCall3.

The conference can now take place, and for each of the agents, each interaction is viewed as a standard phone call and must be ended accordingly.
The event flow is presented in the following two figures. 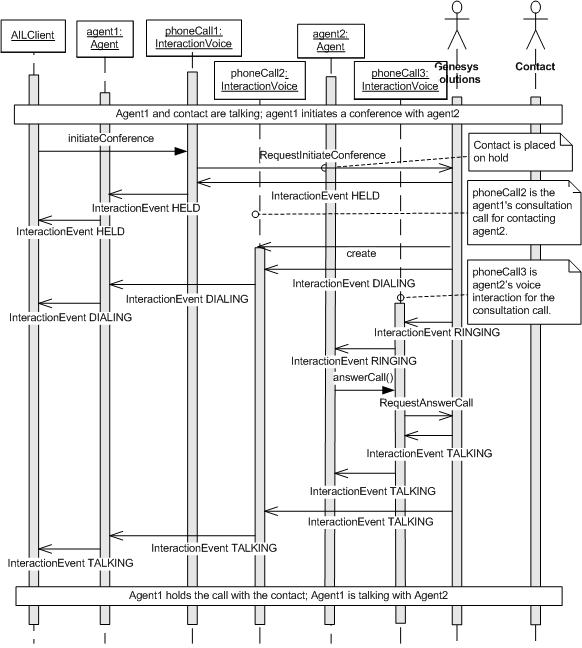 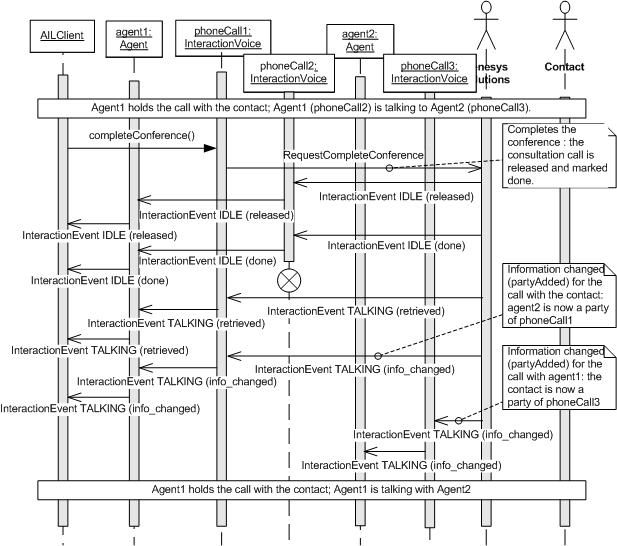 Transferring a phone call follows the same steps as conferencing. Of course, all conference method calls must be replaced here by their transfer counterparts.
The difference lies in the fact that agent1 does not resume its InteractionVoice phoneCall1 at the end of the transfer. That is, instead of setting its first InteractionVoice to the status TALKING after the complete call, it sets it to IDLE and destroys it.

The event flow is presented in following two figures. 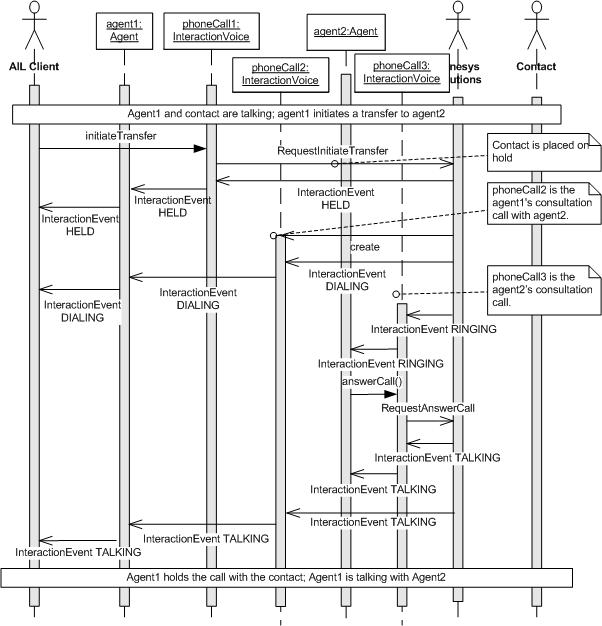 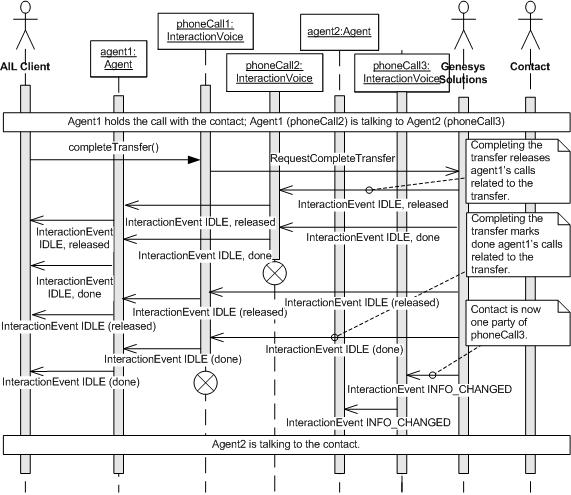 The following diagram shows the event flow for a callback record from a Callback Server in predictive mode. 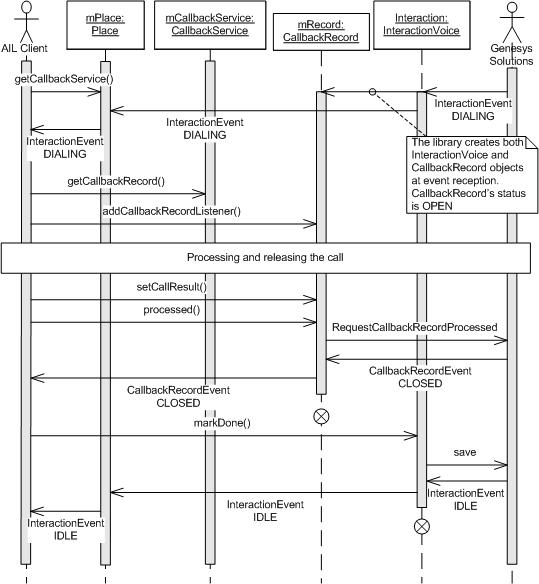 Managing a Callback Record in a Predictive Callback Campaign