SIP Feature Server provides a scalable, load-balanced architecture that enables you to add Feature Server instances as your needs expand. A Cassandra-based data cluster maintains data consistency and performance across all instances.

Standard Feature Server deployment includes a High Availability (HA) installation with a SIP Server pair and at least two Feature Servers, one primarily dedicated to voicemail, dial plan, and provisioning, and the other to device management. Multi-site (multi-switch) deployments replicate that basic structure for each switch. Business Continuity adds a further layer of reliability.

You can use these sample deployments as a model for your chosen deployment option. 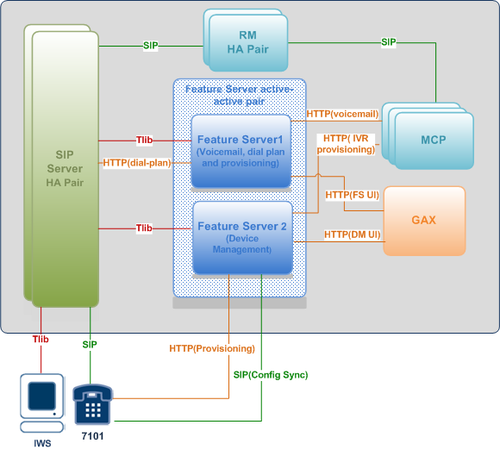 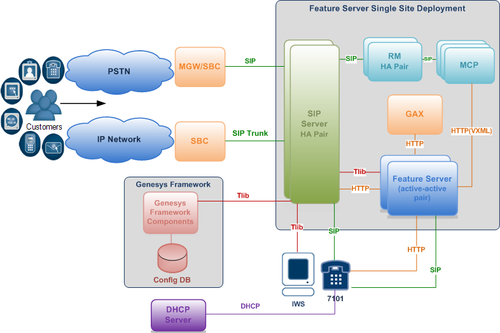 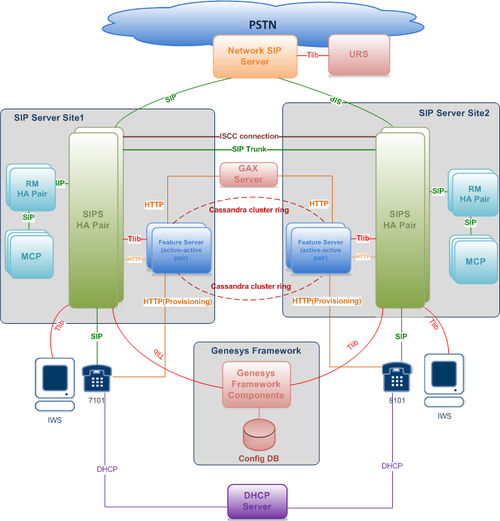 You can deploy SIP Feature Server across multiple data centers, in an active-active configuration. Feature configuration is the same for both multi-site and single-site deployments.

Business Continuity provides the ability for a group of agents to continue offering critical business functions to customers in the event of a loss of all Genesys components running at a particular site. Specifically, phones can connect and be administered on either site when the other is inoperable. 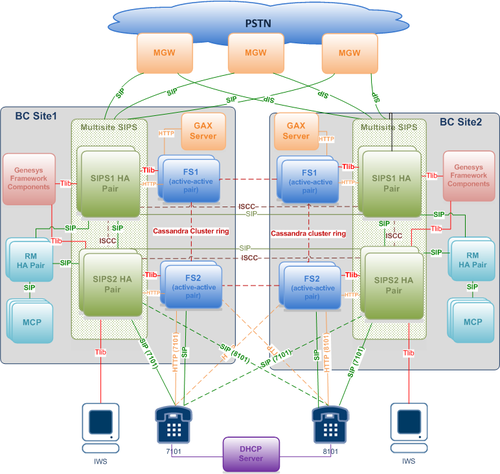 Initial program configuration occurs primarily in Genesys Administrator (GA). You can create users, DNs, and mailboxes only in GA. To set up your dial plan, a highly configurable set of call disposition patterns, you can select either of two methods: 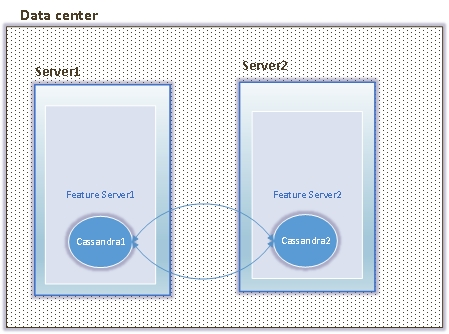 In the Co-located Cassandra cluster mode, Cassandra is deployed separately but in the same host where SIP Feature Server is deployed. 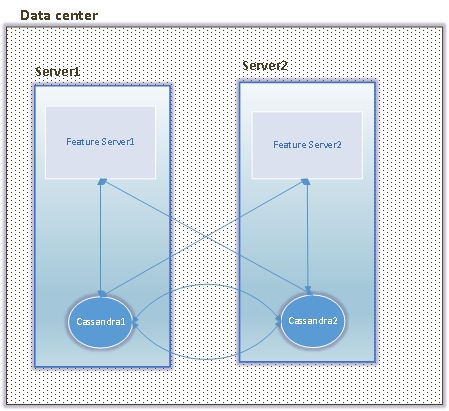 In the External Cassandra cluster mode, Cassandra is deployed separately and in a different host. 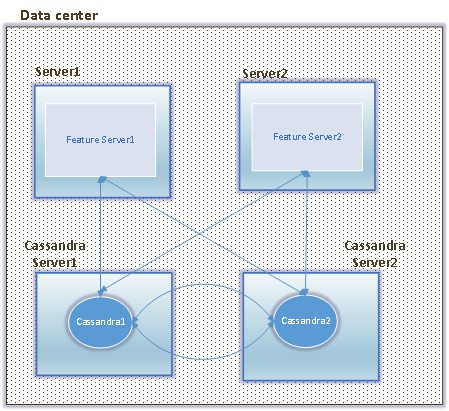 SIP Feature Server with external Cassandra cluster
This page was last edited on May 19, 2020, at 10:29.
Comments or questions about this documentation? Contact us for support!