To configure the properties of your Standard Response: 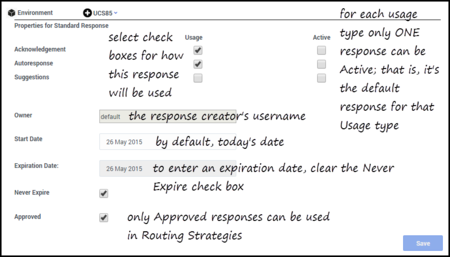 About the Active Parameter

About the Expiration Date

Create a Standard ResponseCreate the HTML Version
This page was last edited on October 12, 2018, at 22:23.