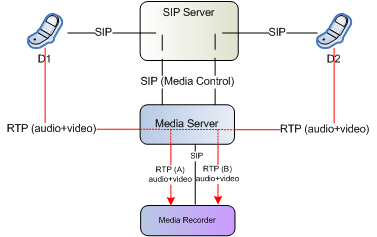 Since Media Server is modeling call recording internally as a conference, Media Server must treat a video call as a simple video-switching type conference. This means the parties are seeing each other and no video rendering is done by Media Server.

While the basic video recording model is straightforward, there are a few additional considerations and design requirements:

This page was last edited on November 5, 2019, at 06:59.
Comments or questions about this documentation? Contact us for support!