This section describes the types of transfer that the Active Recording Ecosystem supports.

There are a few models for transfers across SIP Server instances, depending on where the recording is started and how transfer is performed. SIP Server may stay on the signaling path when transferring a call to the remote SIP Server using reINVITE, or SIP Server may put itself out of the signaling path using REFER (set the SIP Server oosp-transfer-enabled option). When a call is transferred from one T-Server (SIP Server) to another T-Server instance, their local call identifiers, connection id, will be different on the different T-Servers. The customer interaction is identified by a common identifier CallUUID and this identifier is maintained after the call is transferred from one site to another. 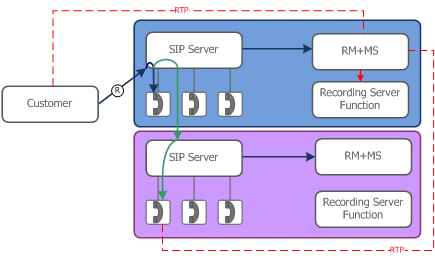 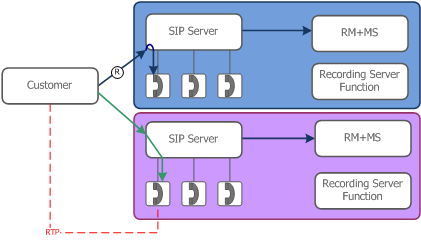 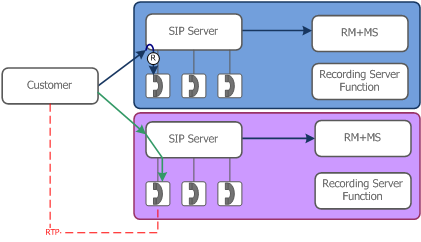 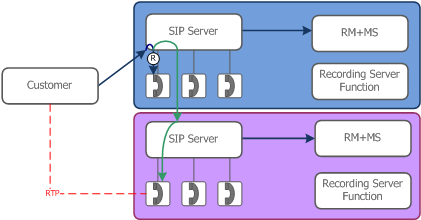 When agent recording is enabled and the call is transferred to another SIP Server, the agent recording is automatically terminated. This is basically the same as depicted in the Recording from the Termination Device figure, for a transfer to another agent within the same SIP Server. The type of transfer is irrelevant in this case since both will yield the same result. For both cases illustrated below, if the recording is to be started on the transferred agent, the media will pinned up on the purple site and the recording server in the purple site will be recording the media.