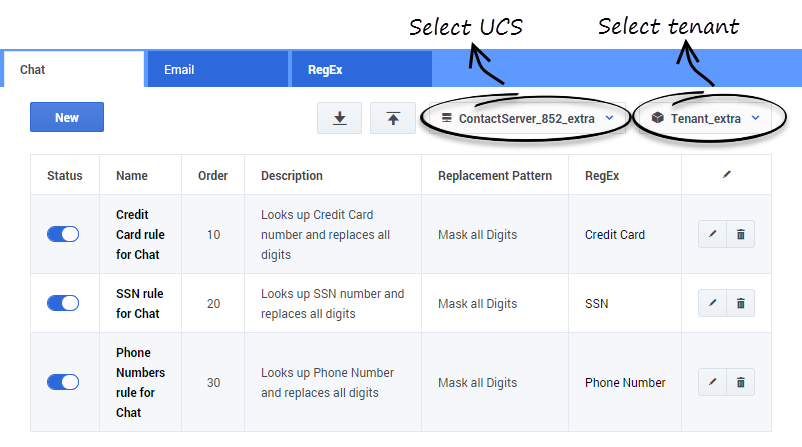 Creating or Editing a Rule

The window that opens is titled either New Rule/Test Rule or Edit Rule/Test Rule, but in either case the fields and functionality are identical. 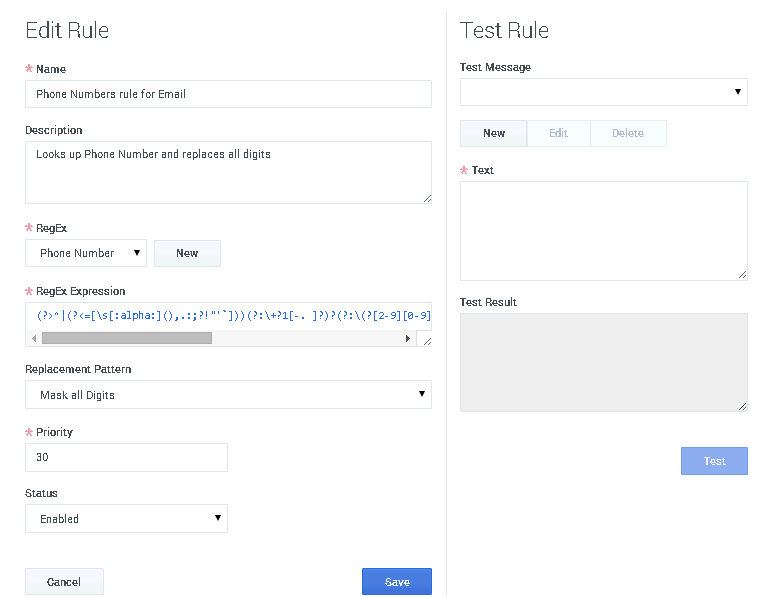 Important
Although it is possible to assign the same priority to multiple rules in the same group, Genesys recommends against doing so.

The right-hand pane of the edit/create window allows you to test a rule.

You can use Privacy Manager to write your own rules and test them, but Genesys also provides hard-coded rules that use the following regular expressions:

To create a RegEx,

To edit a RegEx, click its Edit icon on the RegEx tab. 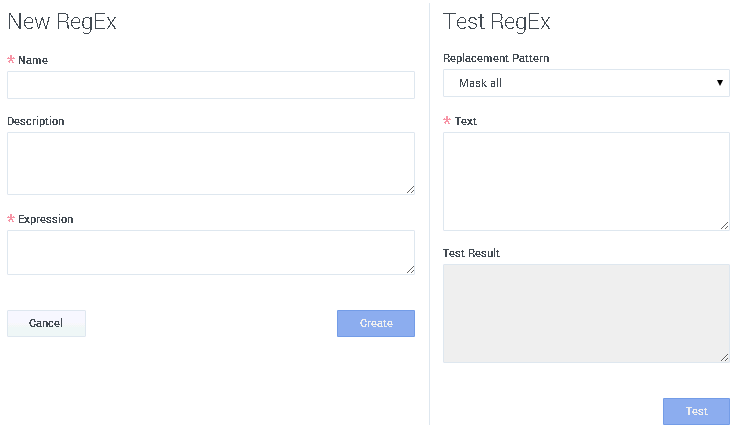 Testing RegExes works in the same way as testing rules.

You can export and import rule sets as JSON files. This is useful if you want to copy a rule set to another instance of Privacy Manager.

Genesys recommends that you observe the following limits: