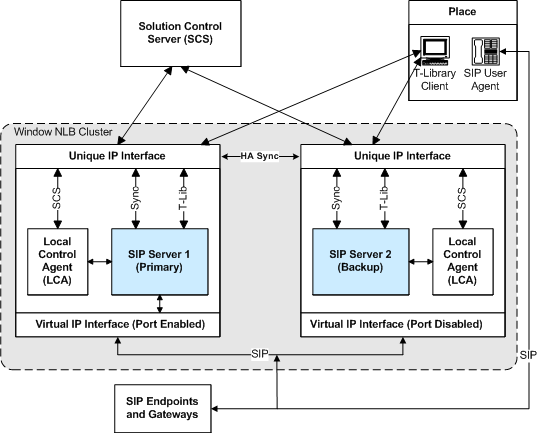 Windows NLB can be configured to distribute incoming requests by using either the Unicast or the Multicast method. When you deploy a SIP Server HA configuration, you must define the method that you want to use.

Unicast and Multicast methods are described in the following sections.