The following section provides examples of various ORS 8.1.3 and later deployment models and provides an overview of behavior, for single site, single site with redundancy, multi-site, and a single Cassandra cluster across sites: 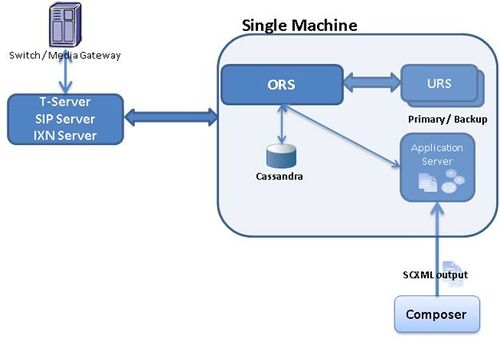 The single site architecture with software redundancy across multiple boxes represents a standard deployment for enterprises which do not have the need or ability to provide geo-redundancy. In this deployment, two or more instances of ORS exist in a single cluster, on the same LAN.

The figure below shows a single site with redundancy deployment example. 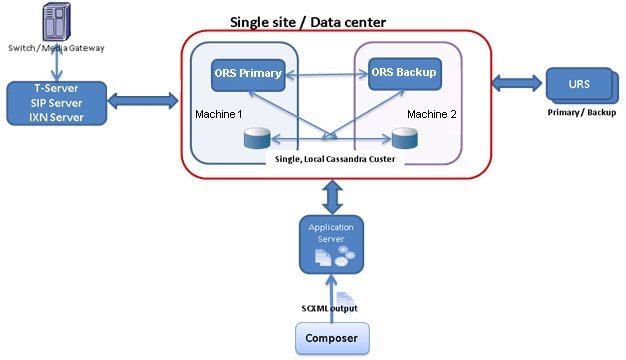 In a logically separated environment such as this with multiple T-Servers, each distinct T-Server is connected to its own ORS cluster. Note that in this environment, each ORS cluster has its own private Cassandra instance.

The figure below shows a multiple-site deployment example. 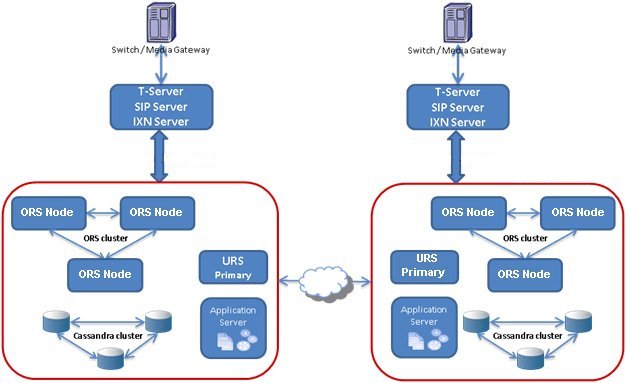 The figure below shows a Single Cassandra Cluster across Multiple-site Deployment example. 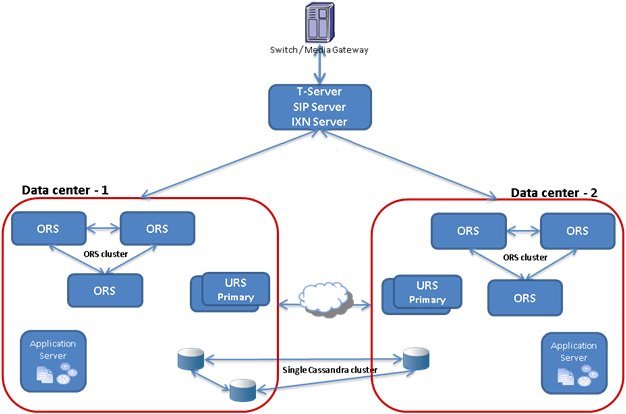