This section provides some examples of what a rule developer might configure in the Rules Development Tool. More detailed information about how to configure rule templates is provided in the Genesys Rules Development Tool Help. For specific information about how rule templates are configured to be used with the Genesys intelligent Workload Distribution (iWD) solution, refer to iWD and Genesys Rules System. 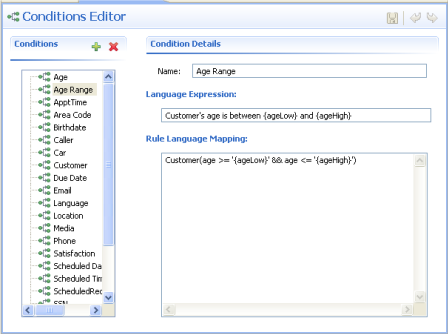 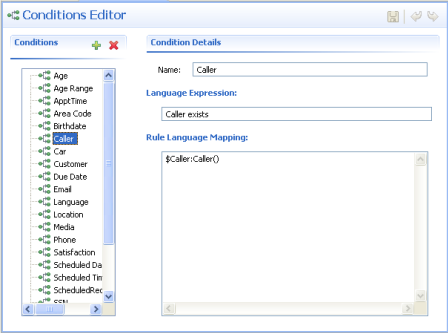 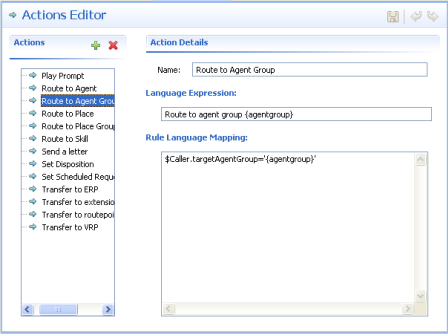 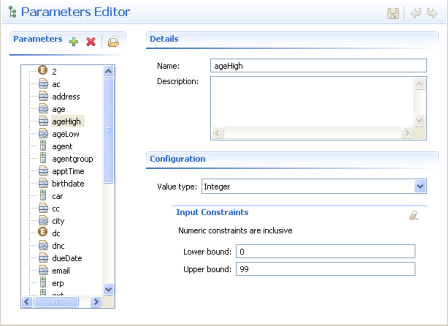 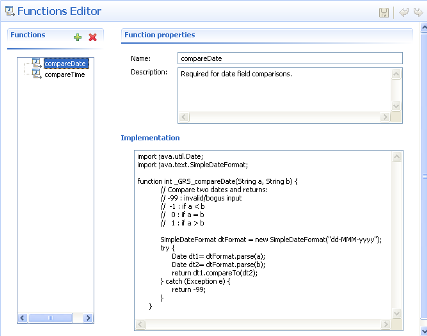 Since release 8.1.3, template developers can create templates that enable client applications to pass Facts to GRE as JSON objects without having to map each field to the fact model explicitly.

Mapping Parameters to a Fact Model 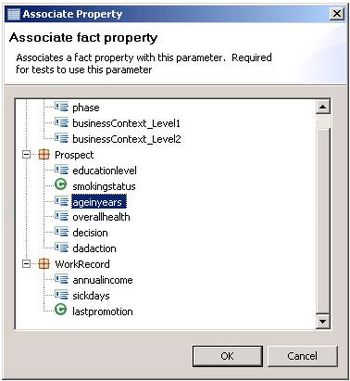 In general, there should be a one-to-one mapping between a parameter and a fact. However, this may be too restrictive for all implementations. GRDT lets you map a single parameter to multiple fact values. For example, the {age} parameter could be defined once, but reused to represent both a customer’s age and the age of an order.

Where this occurs, GRAT displays the parameter in the Add Given or Add Expect drop-down list in parentheses, so that the GRAT user can select the correct mapping

In the following example, only {age} has this special designation because of the ambiguity in the definition.

To hide this ambiguity from the rule author, you should declare a different parameter for each usage: for example, {customerAge} and {orderAge}.

There are some special considerations in developing templates for ESP-type templates, for products such as iWD.

With ESP templates, instead of building a set of facts and passing them to be executed, you create a KeyValueCollection (KVC) and populate it with key/value pairs of test data. In order to enable this mapping between a parameters and the correct key to use in the KVC collection, you need to create a dummy fact model in GRDT to represent the keys that will be inserted into the KVC.

For example, with iWD, this means modifying the iWD Standard Rules Table to insert a fact and a field for each key that is used in the template.

You will need to define a reserved fact name (for example, _GRS_ESP_Fact) that is processed differently. For this fact, the fields are mapped to a KVC instead of the traditional Fact model. The fact name must be used because there is no type associated with a fact. Types are only associated with individual fields.

You must develop a convention (such as prefixing all field names with grs_) . This is because fact fields must start with a lower-case letter (a DROOLS restriction) and GRDT enforces this convention, but iWD key names all begin with IWD. Since the existing iWD key names are like “IWD_businessValue”, you will need to adopt some naming convention. If the grs_ prefix is present, GRAT will remove it and insert the remaining value into the KVC as the key (for example, grs_IWD_channel is inserted into KVC as IWD_channel)

The rule template developer must then map each parameter name (used in conditions/actions) to the appropriate field within _GRS_ESP_Fact.

The rule author can then use GRAT to create a rule and a test scenario for that rule.

At the point of creating parameters, instead of create the ageLow and ageHigh parameters (as in pre-8.1.2 releases) the rule template developer can now create a single {age} parameter and use the underscore notation shown in the example below to create indices of it for scenarios in which multiple instances of parameter with the same type (age) are required (most commonly used with ranges). For example: {age_1}, {age_2}....{age_n} These will become editable fields. This feature is most typically used for defining ranges more efficiently.