Typically, deploying a new release replaces the current one. You stop the previous release, and then replace it with the new release. The problem with this approach is the downtime that occurs from the moment the previous release is stopped till the new one is fully operational. The Blue-green process removes the deployment downtime and also reduces the risk that the deployment might introduce.

The Blue-Green deployment procedure, when applied to microservices packed as containers, is as follows.

Important
This example is limited only to microservices and not to the database.

When blue-green deployments are performed, a new copy of the application (green) is deployed along with the existing version (blue). The ingress/router to the app is updated to switch to the new version (green). You must wait for the previous (blue) version to complete the requests sent to it. However, for the most part, traffic to the app changes to the new version, instantly. 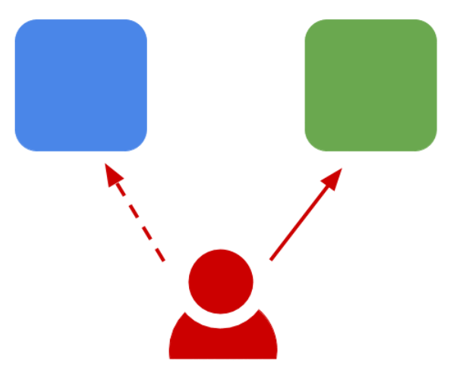 A Kubernetes deployment specifies a group of instances of an application. At the back end, it creates a replicaset that is responsible for keeping the specified number of instances up and running.

You can create your blue deployment by saving the following yaml to a blue.yaml file.

After the deployment, you can provide a way to access the instances of the deployment by creating a Service. Services are decoupled from deployments, which means that you do not explicitly point a service at a deployment. Instead, you specify a label selector that is used to list the pods that make up the service. When using deployments, this is typically set up so that it matches the pods for a deployment.

In this case, you have two labels, name=nginx and version=1.10. You will set them as the label selector for the following service. Save this to service.yaml.

Creating the service creates a load balancer that is accessible outside the cluster. 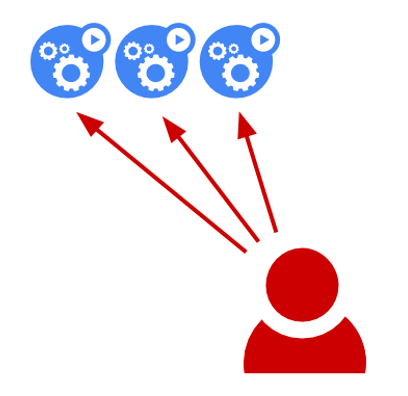 For the green deployment, you will perform a new deployment in parallel with the "blue" deployment. The following service is saved as green.yaml.

Now there are two deployments, but the service still points to the "blue" one. 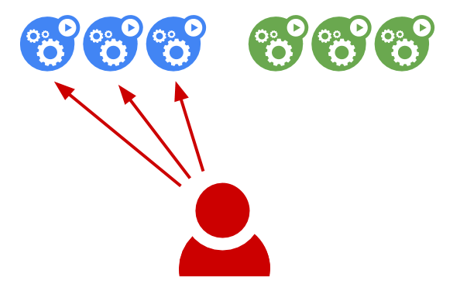 The following apply command will update the existing nginx service.

Now the service appears as follows: 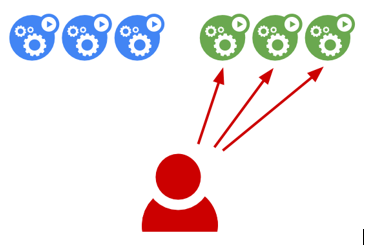 Updating the selector for the service is applied immediately. Therefore, you can see that the new version of nginx will be serving the traffic.

This can be done using one of the following methods depending on the scenario:

Terminate with grace-period can be done by specifying a grace period while deleting the deployment:

The grace-period setting can also be specified at the pod spec level as follows:

The preStop hook is configured at the container level and allows execution of a custom command before SIGTERM (signal sent to a running process to end the process) is sent. The termination grace period countdown starts before invoking the preStop hook and not after the SIGTERM signal is sent.

The following example, shows how to configure a preStop command:

High Availability
This page was last edited on April 27, 2018, at 16:58.
blog comments powered by Disqus