The diagram begins with a call between UA1 and UA2 in a Held state and a call from UA2 to UA3 in an Established state. Agent UA2 invokes the T-Lib request TCompleteConference.

Here is how this process works:

Implementation Note: The scenario just described is the most efficient way to establish a three-way conference using the T-Lib API. However, some MCU devices do not support INVITE without an SDP. To accommodate these devices, SIP Server sends INVITEs to MCU with valid non-hold SDPs (the actual SDP received from the corresponding devices). After that, it re-INVITEs the devices. 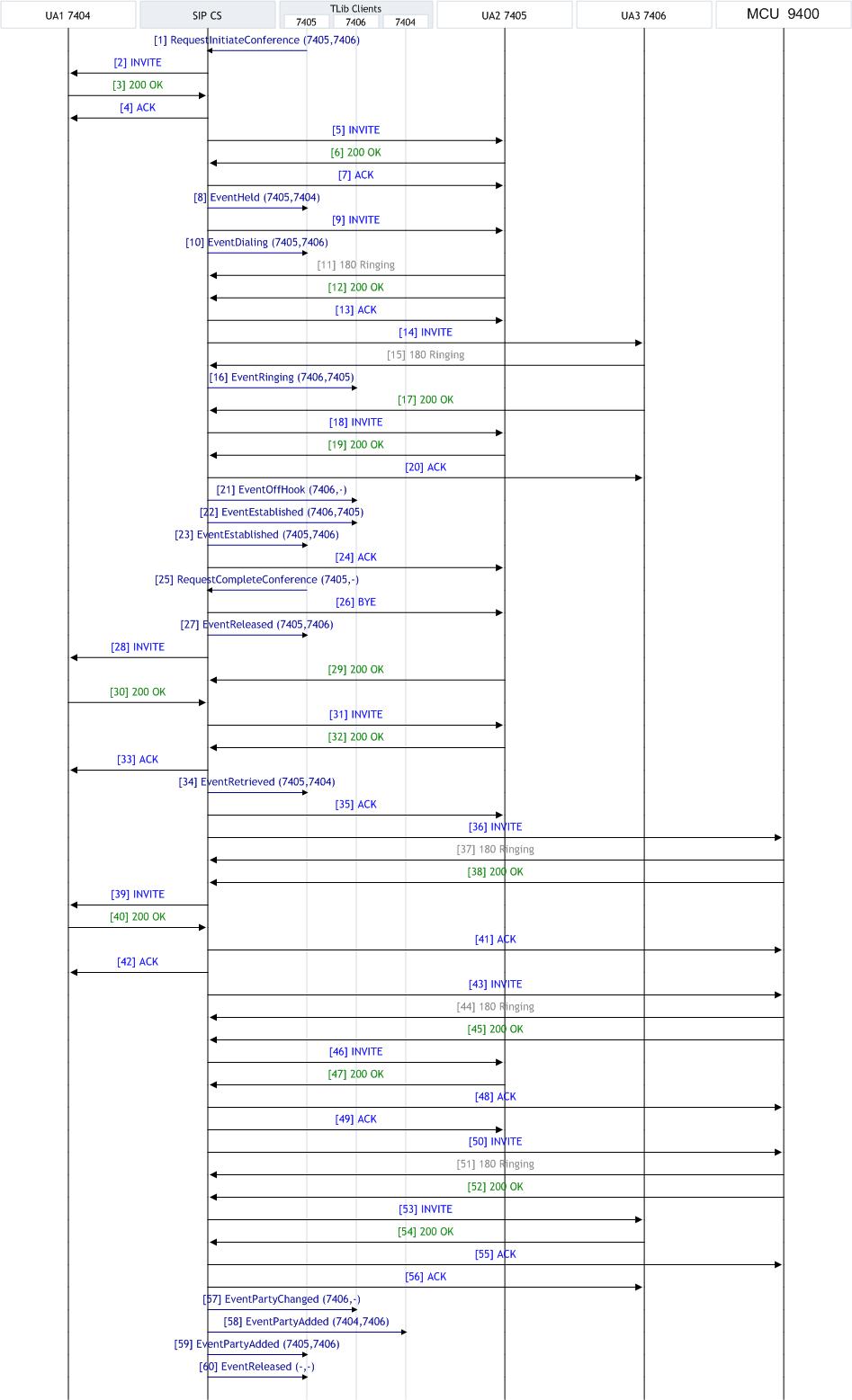