A color legend over the vertical axes indicates which metrics are represented on each axis.

Finding Data Points in the Graph 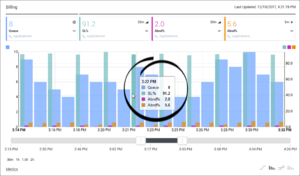 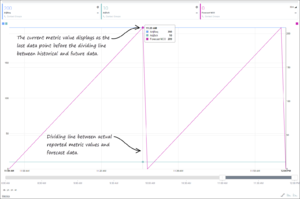