Other guides
8.1.0
Jump to: navigation, search

These pages describe how to monitor and manage with intelligent Workload Distribution’s (iWD) Global Task List.

Task Management allows monitoring and management of tasks that are being processed by iWD:

Task Monitoring allows you to view a current list of tasks for a number of business contexts: 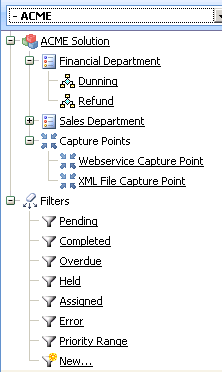 In addition, custom attributes can be made available in the list of Advanced Filters.

When a task is selected from the Global Task List, its attributes will be displayed. 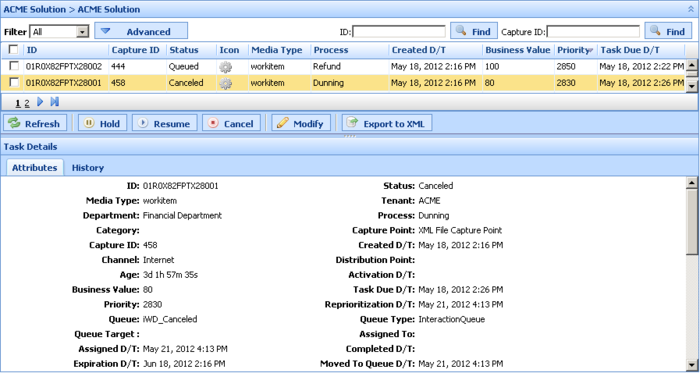 Attributes are broken down into three sections:

User-friendly on-screen labels for custom attributes can also be configured.

You can view the offset from the current time for attributes that display a timestamp, such as Task Due D/T, by moving the mouse cursor on top of the attribute. The offset is displayed in a hint.

Task History can be viewed by clicking the History tab in the Task Details view. It displays all of the task attributes’ values and the task history events.

The Hold Tasks operation holds the selected task. When a task is held, it will not be reprioritized or distributed, but it can be canceled, updated, restarted or resumed.

The Resume Tasks operation resumes processing of a held task. Only held tasks can be resumed.

The Modify Tasks operation allows an update of a number of task attributes and, optionally a restart of the task. Here's an example: 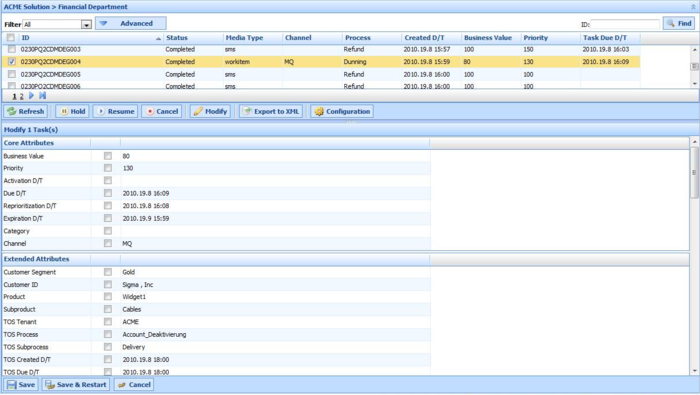 An attribute will be updated only if the check box that is next to it is checked; it will be checked automatically if a value of the corresponding field has changed. If the task is also restarted, its status is set to New, and it is classified and prioritized again in the same way as a new task.

The setUpdateTrigger Function in URS

The URS setUpdateTrigger function can be used in the Distribution routing strategy prior to the task (interaction) going to the Target block. Then, while the task (interaction) is in the Target block waiting to be routed to an agent, if the Priority attribute is modified through the Global Task List, the internal queue in URS will take this new priority into account. Refer to the Universal Routing 8.1 Reference Manual for more information about this function.

Important
The setUpdateTrigger function was introduced in URS 8.0.1.

Consider the following use case:

This Save & Restart action might be taken if the task is in the Rejected status, or potentially for other business reasons where the task should be treated as if it has just been captured.

The Export Tasks to XML operation exports all selected tasks from the Global Task List to an XML file. The XML file will contain all of the available attributes for each task in the standard iWD format.

Once it has been exported, a task from an XML file can be imported into a third-party application (such as Microsoft Office Excel) for further analysis and processing. 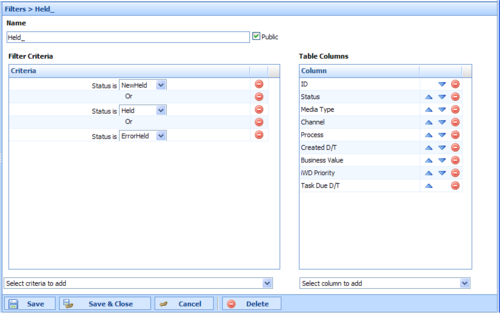 The table below lists the attributes and actions that are available in Filters view.