See below for standard server specifications for installation of the GAAP software.

The Voice User Interface (VUI) server supports the runtime application that serves customer calls. This number of servers and their specification should be dimensioned based on the number of concurrent calls, or ports, of IVR to be supported.

The Graphical User Interface (GUI) server provides the Control Centre application that is used to design, configure, deploy, and monitor callflows. Only one GUI server can be active at a time. The specification for this does not depend on the number of IVR ports.

GAAP is fully supported on VMware ESXi 4 and above. If you prefer to deploy on virtual infrastructure, the following standard server specifications must be provisioned.

You must ensure the following components are installed on the servers outlined below before you install the GAAP software.

Refer to the following graphic for a deployment example of GAAP Framework and validated Microsoft SQL Server architecture in high-availability (HA). 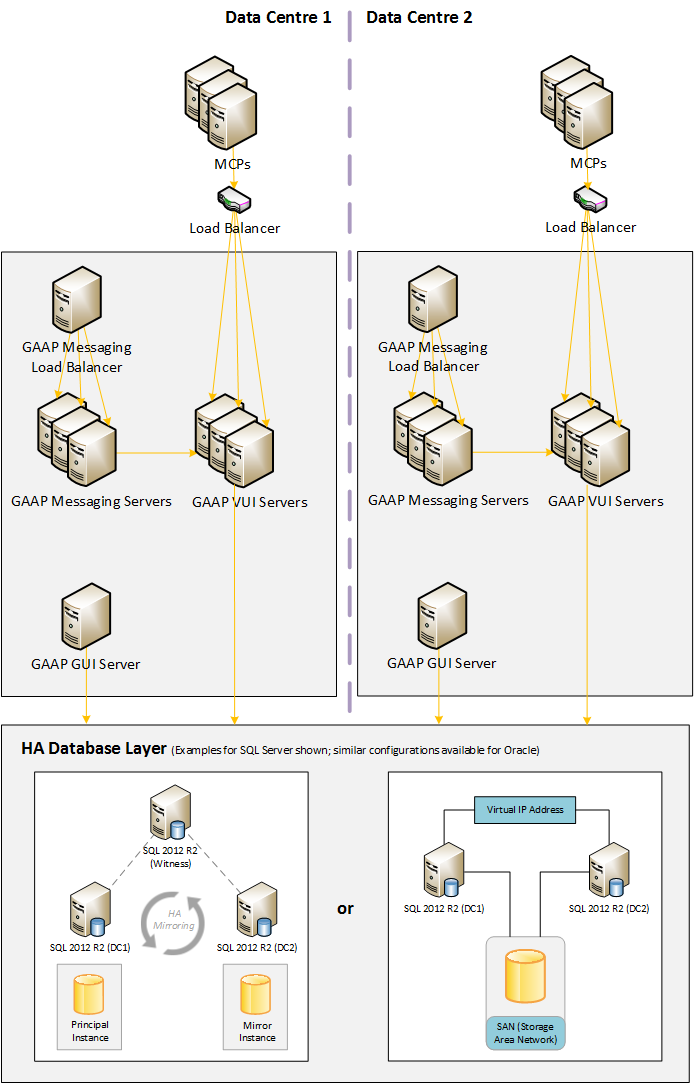